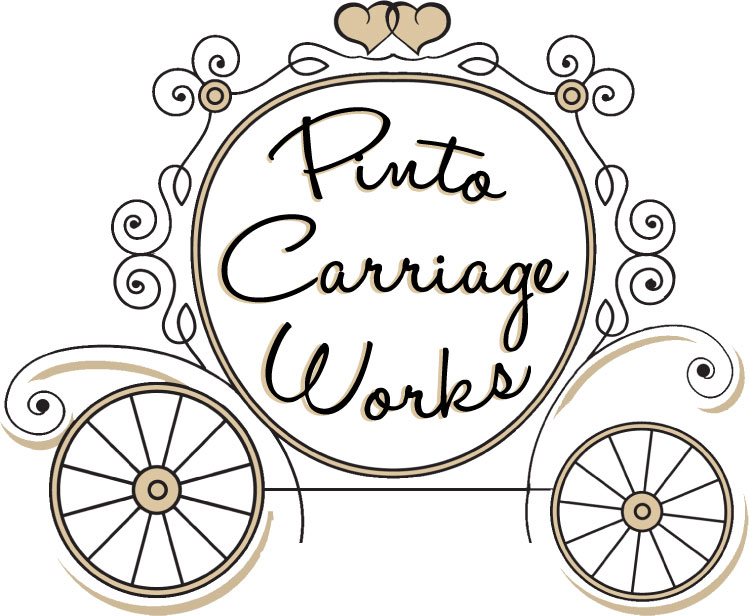 Posted by Nicole Pinto on Tuesday, May 25, 2010 Under: Promotion

It was later that summer after trying just to pass out business cards to everyone that we knew that we realized that we needed to do more than that in advertising. So we thought about what we could do and counted pennies. It was by chance that an opportunity fell into our laps. I was at work, my real job as a receptionist at a pet clinic, when a lady walked in from our local country radio station, Gator Country 99.9. She was there to ask about the potential of the pet clinic supporting a fall festival that was going to happen down at the Home Depot in Fleming Island. In talking, she mentioned that she wanted to find someone to do pony rides since their animal act had backed out. I mentioned that I had horses that could do it if she wanted. She thought it was a fabulous idea and we were set.

As the date got closer, we got to hear "Pinto Carriage Works" on the radio when the festival was advertised, which was exciting. I thought it would be a good opportunity to meet a lot of people in one place and share what we do. Our neighbor was gracious enough to offer us some banners and a tent to have some shade. I even got permission for a friend of mine, who does animal rescue, to be able to attend. She just had to share the space that I had been given. I was fine with that.

The day came and we arrived ready to go. After some discussion with Home Depot about liability, we decided to just have the horses there as an educational opportunity and petting zoo. There were a lot of cars being shown, music and food being given out but we pulled in a lot of people with children wanting to see the horses.

Sonic and Ben were on their best behavior and got to enjoy over 25lbs of carrots from the eager hands of little kids and pets on the nose. The usual questions were what kind of horses they were and the occasional funny, "Is the little one the baby of the big one?" Poor Sonic is a normal sized horse but standing next to Big Ben, he looks like a pony.

A lot of kids were a put out by not being able to ride but they made up for it by petting the horses and feeding them. It was a great day with great weather. It only rained for about 15 minutes and everyone hid under our tent including the horses. I am grateful that Home Depot allowed us to stay on the property and at least let the kids met the horses even if they didn't get to ride. It was still fun. Besides, Sonic and Ben were hams and lapped up the attention. 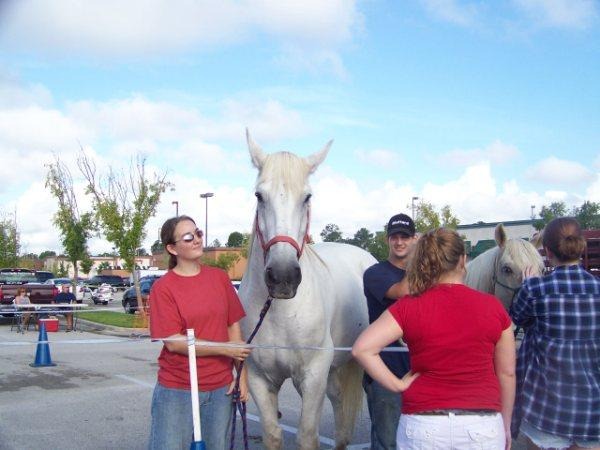